Par le 01/01/2007
After a ten years long career, th Twingo offers itself a new collection, the sixth to be more precise. Who could have redicted such a long career to a car which made a lot of noise before its launch because of its "nice face" design, its only version, with only 5 colors, and most of all, its size judged too small.....(3,43m). It's rare for a car to create such reactions and such a curiosity in the 90's.Never old-fashionned, Twingo benefits from a new version in September. Inside redesigned, rethought saddlery, renewed colors and still cheerful, Twingo is smarter than ever with its new appearance. Twingo looks more sporty and masculine with the intruduction of a new version : Dynamic. In France, this version has been called "Tech'Run".An up to date appearanceOn the outside, a range of new colors is available, melting happiness and beauty, and new hubcaps appear:All the versions are supplied with a new 5 spokes hubcap with a tinted logo called "PIXIS".To assert its dynamism, the Tech'Run version, supplied by the engine 1.2l 16V of 75hp, receive in production alloy wheels of 14 inches of the type "SAROS", shields completely colored like the bodywork, a blue harmony and a silver colored front of the best effect. Saddlery Zébulon, steering wheel in blue leather, blue safety belts, blue buttons, gearstick in blue leather (on the BVM versions only) give this new version a tonic and young appearance.The Privilège version is supplied by a "LEXIASDE" 5 strokes (each divided in three parts) hubcap. Finally, the Initiale version keeps its alloy wheels of 14 inches "HYDRA" of 8 strokes with an integrated antirobbing system.On the lighting side, Twingo adopts white flashing headlight.For the 3 stop light, it integrates the rear windscreen washer.In the passenger compartment, Twingo is supplied with a new harmony (slate-grey) for the inside woodwork, new seats coveries and door panels. The Tech'Run and Initiale blue leather versions receive, for thair part, specific buttons. Electric winders of the Initiale version are equiped of a propulsion command on the driver's door. To work on it standing, Twingo tries everything possible.A kept capacityLike in evry restyling, Renault didn't touch to the structure, either to the bodywork.Thus, the capacity and the adjustability don't evolve. But, Twingo stays the best compromise solution in the four seats of the market, and the real barometer of the little city car group.Two available engineriesAs the older version, two oil engines are only available (1.2l 60hp or 1.2l 16V 75hp).Modern, they're very sober in every way they are used.Le moteur 1.5 dCiHailed for its dynamism since its intoduction in January 2001, the enginery 16V and its 75hp seems as comfortable in town as on road and highway. Benefiting from a couple of 105Nm à 3500r/min, 90% available on a large use panel (from 1750r/min to 5500r/min) it can react to every requests. Its compact architecture and its several technical evolutions (hollow camshaft concept, new generation of admit duct, crankshaft's diameter reduced, valves' rubbing decreased) allow it to have the lowest intake of the group. With an intake of 5.8l/100km for the 5 positions mecanical gearbox (BVM5) and of 5.7l/100km for the automated gearbox (BVR) -Quickshift 5 (manual or automatic mode).The 1.2l 60hp engine, smooth and economical at use, is available too. You can't compare to the pleasure of the 16V of course. But, by developing a 93Nm at 2500r/min, 90% available since 1500r/min, the straight accelerations are perfectly adapted to the city drive. Already ranked among the group's leader, its intake, in dual cycle, decrease of 2,5% to reach 5,8l/100km and even 5.7l/100 on the LPG versions. The short 5 positions gearbox, formerly available on the air conditioned versions, is now available on the versions withaout air conditioning. Its tighter organization offers more dynamism to this 8 valves enginery.Only th LPG versions keeps a long gearbox. Depending on the versions, the association of these two engines, with the BVM5 or the Quickshift 5 gearbox, offers a total choice freedom !A strenghtenned safetyFaithful to its safety corporate image, Renault has decided to strengthen its Twingo structure.It already benefits from a scheduled distortion structure which warrants the integrity of its passenger compartment and protect all the passengers.On the other hand, by being supplied by hanging systems made of driver and passenger airbags with leaded vent, safety belts pretensors and efforts limiters on the front seats, three points safety belts on the rear seats, of the disconnection of the passenger airbag or of the CAR system (Automatic lock of the doors while driving), Twingo has already proved that it was active in the passive safety domain.The new collection adds two new features. The ISOFIX system can now be installed, added to its presence a the passenger seat, on the two back seats.Finally, Twingo receives a buzzer in case of forgotten safety belt. A sound signal prevent the driver for forgetting to put its safety belt. This last point can become unpleasant...On the active safety side, Twingo evolves as well.After having put it on Laguna II and on all the Renault range, the Assisted Emergency Brake (AFU) arrives on Twingo added to the ABS.In case of an emergency brake, the AFU ensures a maximum brake power by estimating the needs with the speed of the recorded push on the brake pedal. The maintaining of the brake power initially required gains about 0,2 seconds on the reaction of the vehicle to the brake, ie 6 meters at 120km/h. The AFU absolutely needs the ABS.All the 16V versions are equiped in production by the ABS, then they are automatically supplied with the AFU. In France, leaving aside the first level of equipment, the ABS is supplied in production on the two engeneries. From Authentique to Initiale, the French range offers the AFU and the ABS in production. 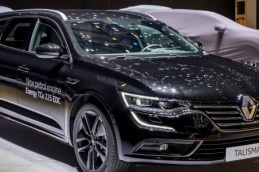 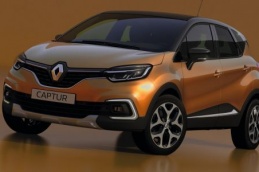 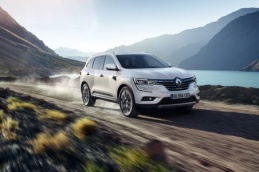 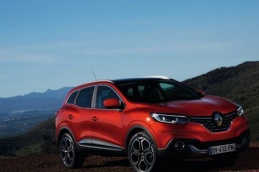 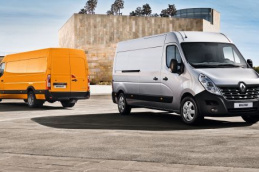 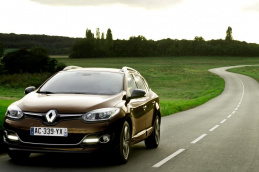 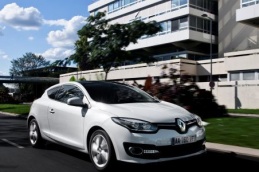 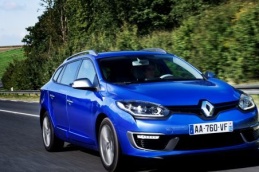 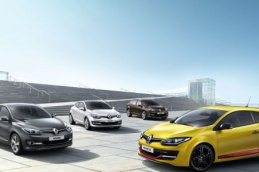